I was a fixer, and had 2 speeders with me, against a very weak shooter. I screamed "together" as both the speeders were on low HP heading towards the enemy, but they decided not to listen, they raced to get the kill and both died. So I nitro towards the shooter and hit him with my rail gun for the win, for some reason the shot doesn't register, and he hits me with a T5 explosive cannon, and it crit's and kills me. Looking back if either speeder listened we would have won, and I should have healed up using duct tape before heading in for the final encounter.

So its a good lesson to stay calm and think it through, even if your team mates have played carelessly. Ash KOT , 12 Feb Joined: 17 Oct Messages: It's part of life on the bay Stick with your wing man if you are fleeted. Find each other early in the battle. And combine firepower and tactics.


If you dont If you are playing solo It's the name and the top of your friends team. And support their moves. Shoot at who they shoot at. Also if you notice an in friend gets separated from pack. Use your in game battle commands.

And call their name out. Say Attack So n So. So you and your win man can focus there. If any Unfriend is down to their last 4k health. 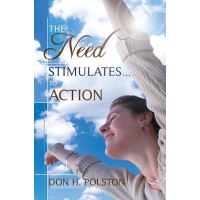 Call in command Attack. And aim at them. Group firing is better then solo firing. Some of my suggestions seem like Far from it. These work for all boat classes. Recently played with a good fixer in my guild. I was guardian. He followed me and who I shot at, he shot at, and vice versa. We mirrored each others movements across the map taking out 1 player at a time.

Want to add to the discussion?

Tactics and teamwork trumps having 5 million weapons. Example game. Joined: 11 Jun Messages: 9, Location: Classified top secret ;-. Death is final. The possibilities of living Are endless. One of my own: "Don't focus on what you cannot do. Focus on what you can, at that moment in time. Any fight is triggered by short-term, local disagreements. But long-term, generalized conflicts are always about abstract principles in collision. As with neo-Nazis, Communist revolutionaries, violent environmentalists, bomb-the-government anarchists and others — our conflicts with them are intellectual in origin.

Put yourself inside the head of a terrorist. Politicized Islam is now widespread in many parts of the world. It is well-funded and well-organized.

It has many articulate spokesmen and sympathizers. In the West, we have done it before. We had our religious fanatics — but we tamed them. We can learn from our earlier success and apply its lessons to the present crisis. Not too long ago in history, the Christian world was riven by bitter and nasty internal conflicts. Persecution, torture, and widespread slaughter happened wherever Christians encountered internal dissent and external disagreement.

The point is not whether this accords with your view of proper Christianity. The point is that this view was dominant among Christians then, just as its analog is currently widespread among followers of politicized Islam.

As with Islamists, Christians were taught faith and obedience. They were taught to seek their identity in something larger than themselves. They were taught to minimize earthly concerns, to focus on an afterlife, and to honor the martyrs. They were taught that dissenters and unbelievers were threats to the fabric of everything holy. So they became active participants in a dysfunctional culture of threats and persecution: kill or be killed. Yes, that is a simplification, for Christianity was divided into many fanatical and more moderate sects.

There were also Jewish and Muslim minorities in the mix.